The NHS Counter Fraud Service (CFS) Wales team is a service within the NHS Wales Shared Services Partnership (NWSSP). The Head of NHS CFS Wales reports to the NWSSP Director of Finance on budgetary and performance issues and reports to the NHSCFA on professional and operational management issues.

The full range of criminal, civil or disciplinary sanctions are considered on all suitable cases.

The CFS Wales team is made up of experienced investigators, whose remit includes:

The LCFSs in Wales receive training from NHS Counter Fraud Authority and their responsibilities include the investigation of fraud cases within their own health body, identifying system weaknesses and raising staff awareness of potential fraud risks and reporting procedures, via presentations at staff inductions and training events.

The Welsh Government’s revised Directions to NHS bodies on Counter Fraud Measures (2005) provide a framework to ensure that a consistent, professional and effective approach to countering fraud is adopted by each NHS body, NHS Counter Fraud Authority and CFS Wales.

The combined recoveries by CFS Wales and the LCFS network, from the time they became operational in August 2001 to 31 March 2020, amounted to £8,921,121. During the same period they achieved 212 criminal sanctions, 460 civil recoveries and 419 disciplinary sanctions.

Fraud in Your NHS Workplace?

NHS Fraud.
Spot it. Report it.
Together we stop it. 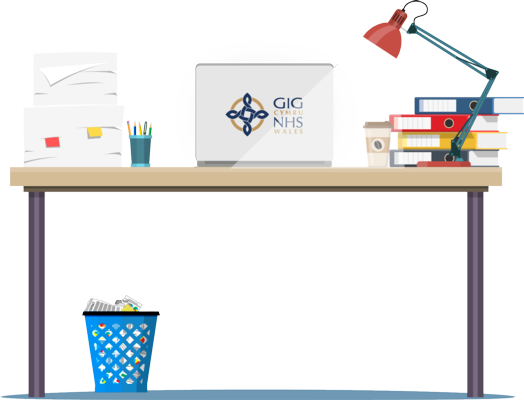 How can I prevent NHS Fraud in my workplace?

You can prevent fraud in your workplace by:

Who do NHS Wales Counter Fraud service work with?

Can I report my suspicions of fraud anonymously?

Yes, you can report your suspicions anonymously through the NHS Fraud and Corruption Reporting Hotline and the NHS Counter Fraud Authority’s online reporting tool.