Andy is a Chartered Accountant who graduated from University in 1984 and joined Deloitte Haskins & Sells in Cardiff as a trainee auditor. After a number of years practicing in the commercial sector, Andy helped set up the Coopers & Lybrand public sector in Wales providing external and internal audit services to the NHS and Local Government. After secondments to a large Social Services department and the quality assurance department within the Audit Commission he moved to PricewaterhouseCoopers in Bristol in 2002 where he was senior manager providing public sector advisory and consultancy services within the South West of England.

Andy joined the NHS Wales in 2007 as Director of Finance of the National Leadership And Innovation Agency for Healthcare in Wales before becoming the Lead director in 2010. During this period he became involved with the project to set up a shared services organisation in NHS Wales and in April 2011 Andy joined the Shared Services Partnership as Director of Finance and Corporate Services.

Andy is married with two children; enjoys walking and has been a football coach/referee for the past ten years. He is also a very passionate fan of the Bluebirds - Cardiff City Football Club. 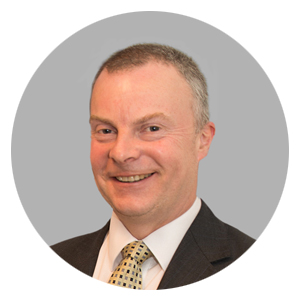